Quail! As a hunter few words can elicit the mixture of excitement and dread that accompany such a small bird. Excitement as a covey burst from the vegetation, and the dismay of unloading your gun and watching as only a feather or two falls to the ground. Unfortunately, the later occurred on this past hot Thanksgiving Day as I missed on a stellar point by my veteran shorthair, Odin. A half-mile more of walking (several miles running for the dogs), four empty water bottles, two more points later and I finally nabbed me a bobwhite! 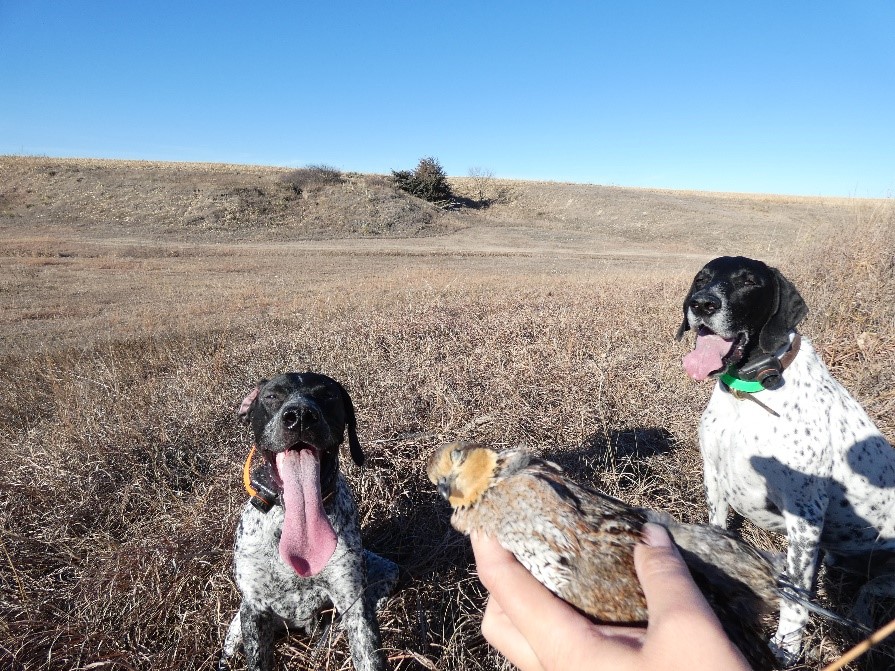 I am always grateful to get outdoors and unwind with my dogs – all while having the opportunity to harvest birds on public lands! Whether you are new to hunting or a veteran of the thick brush, here are some tips to help not only find you a covey but also nab one (or hopefully a few!) of these iconic gamebirds.
Occurring across the majority of the Midwest, south and eastern states, the bobwhite quail are small, plump birds who have perfected the stately art of camouflage. During winter both male ‘’Bobs” and hens will and congregate in family groups called coveys. This species has the nickname of firebird as it is known to occupy recently burned sites which flourish with weedy vegetation growth. To target quail in Nebraska, look for tall weedy wildflower habitat patches near shrub thickets in pasture and waste pockets. Quail don’t venture far in winter, on average just 75 yards from a thicket!
On the landscape scale, focus on a diversity of grains. Combine a mix of milo, wheat, or corn stubble fields adjacent to weedy canyons with thickets and you’ll be certain to find a covey or two! 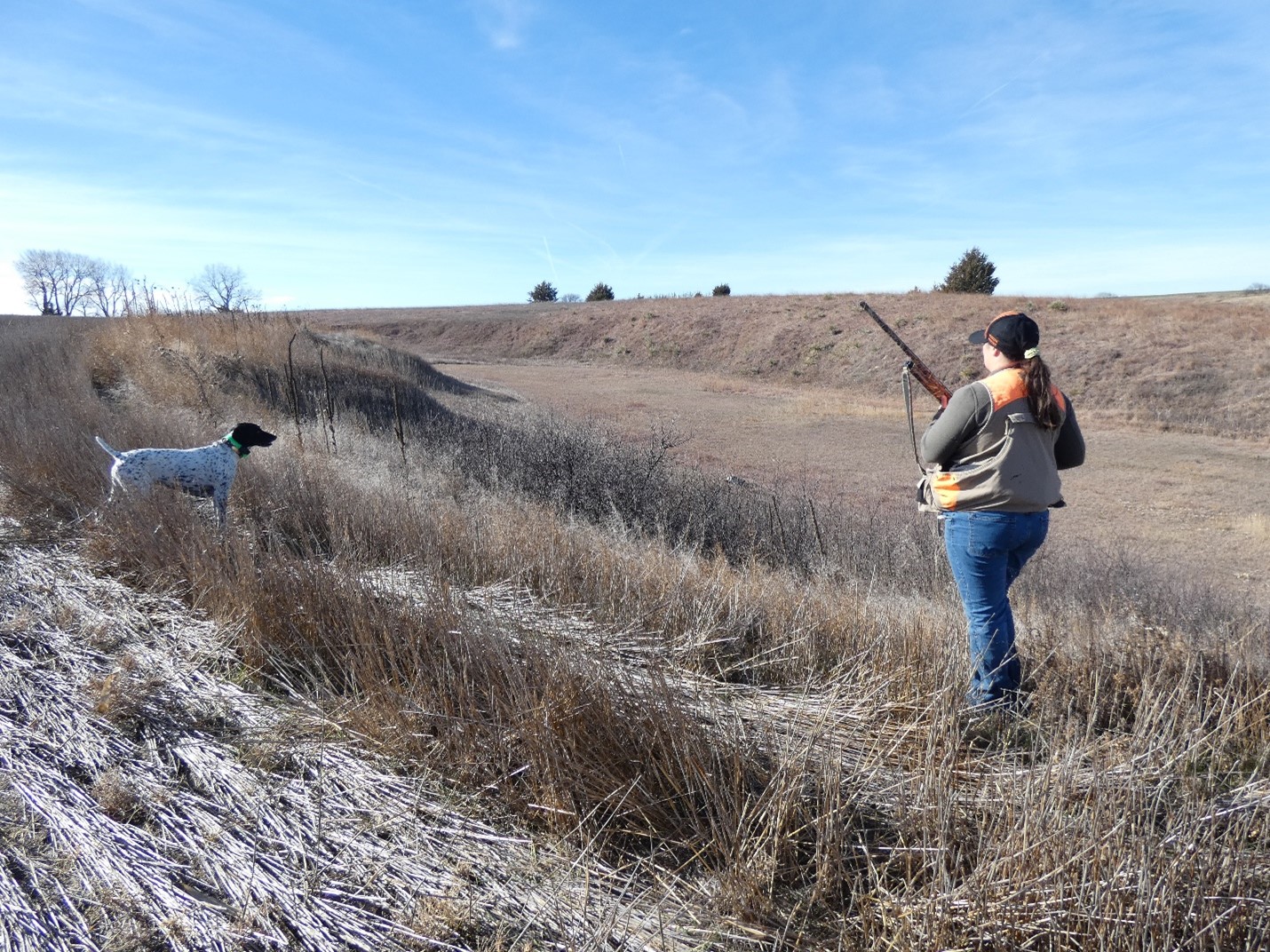 Wait to shoot! The instinct to shoot quick and look later might be hard to control but wait until the covey completes their initial flight burst. They will quickly level off and that is when to make your shot!
Follow the flight – once a covey flushes two scenarios may occur 1) they may all fly together to the same location, or 2) they may burst out in multiple directions. Watch them! Generally speaking, once quail land by themselves they will hunker down until the coast is clear and then make a covey call to re-group. This is your opportunity to find “singles”, which hold tight for both flushing and pointing dogs alike.
Don’t get discouraged and practice – Even seasoned hunters routinely miss quail. Which is what makes them so fun, and frustrating, to hunt! Take time to practice shooting at a variety of directions to increase your odds of nabbing one of the most entertaining gamebirds in North America! 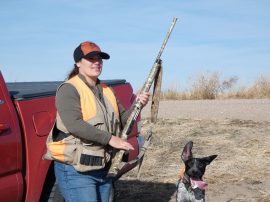 Adela Piernicky is a Farm Bill Biologist II out of McCook, NE. Previously a resident of Maine, she now resides in southwest Nebraska where she enjoys hunting with her husband, two German shorthair pointers, most recently, snuggles with her brand-new baby boy.
Pictured: Addie and newbie year-old Geno excited to get out and find some birds.
0