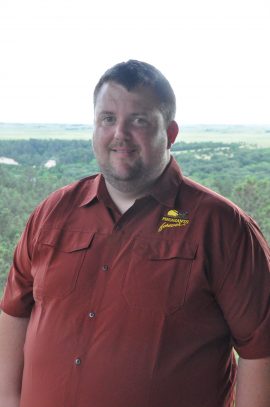 John McClinton joined the Nebraska team in July 2019 moving from Pennsylvania. John can often be found hosting a Pheasants Forever booth at public events, training his German Short-hair, and working one-on-one with landowners. He remains active in many ways, including mentoring adult on-set hunters. Since John joined the team, he has been involved with 345 contracts impacting 1,841 acres. John covers Lancaster, Cass, Gage, Seward, and Saline counties. 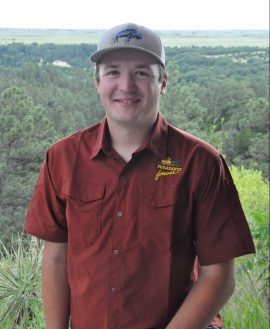 Evan Laible oversees the counties of Adams, Clay, Nuckolls, Thayer, and Jefferson. Since being hired in May 2019, Evan has impacted 249 acres through CRP, Pathway for Wildlife, EQIP, and RCPP. Evan is a graduate of the University of Nebraska at Lincoln and brings a mixture of rangeland and wildlife expertise to his area.

Zach Brewer was hired in July 2019 and has since impacted 1,197 acres. The counties of Loup, Custer, Dawson, Buffalo and Sherman are all included in Zach’s area of management. Originally from Oklahoma, Zach hit the ground running a year ago working out of the Broken Bow USDA Office.

David Lowman of Stanton oversees conservation projects in Pierce, Wayne, Madison, Stanton, and Cuming counties. Since his hiring in January 2019, David has impacted 3,127 acres. David came to the Cornhusker state from Tennessee and has quickly become the go-to for CRP, prescribed fire and the Grassland Improvement Program.

Lacey Clarke in Ainsworth joined the Nebraska team in September 2018. Along with impacting 8,916 acres in the Sandhills, Lacey participates in the Beyond the Shot ladies hunting group to inspire new hunters. As a new hunter herself, she has successfully harvested grouse, pheasant, mule deer and turkey for the first time since joining the Pheasants Forever and Quail Forever team. 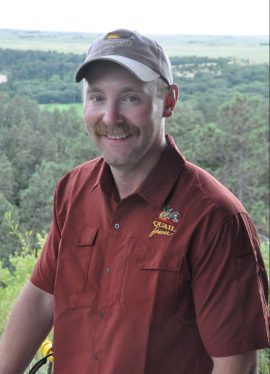 Cody Baker, Farm Bill Wildlife Biologist out of Neligh, was hired in October 2018. Over 3,470 acres have received attention from Cody. Cody covers Antelope, Boone, Nance, Greeley, Wheeler, Howard, and Garfield counties and serves as the point of contact for CRP, Grasslands Improvement Program, Corners for Wildlife, and the Pathway for Wildlife programs.

“The six individuals have been critical to the success of the recent CRP sign up and the new Pathway for Wildlife program. They are the boots on the ground to make landscape level changes across the state,” says Kelsi Wehrman, Pheasants Forever State Coordinator.  “Their promotions are a sign of hard work, dedication, and passion for the resource. We couldn’t be happier to elevate their roles to Farm Bill Biologist II.”

Farm Bill Wildlife Biologists work in joint capacity with partners to work one-on-one with landowners in Nebraska to help enroll in conservation programs through federal, state, and local programs.  These positions are part of a successful partnership with Pheasants Forever Inc., the Nebraska Game and Parks Commission and the Natural Resources Conservation Service helping the team impact over 6 million acres since inception.